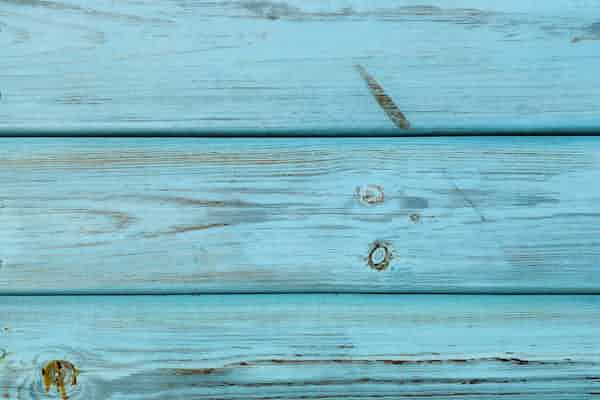 The model is based on four theoretical concepts: Duality, Contradiction, complementarity and Unity. This article presents the responses of a patient to therapeutic interventions utilizing Differentiation/Integration Work to draw the distinction between Illness and Non-Illness in the psychotherapeuti

The model is based on four theoretical concepts: Duality, Contradiction, complementarity and Unity. This article presents the responses of a patient to therapeutic interventions utilizing Differentiation/Integration Work to draw the distinction between Illness and Non-Illness in the psychotherapeutic themes and attitudes of the physically ill &/or disabled. The patient is stimulated to learn the language of change and how to overcome stuck situations. The model suggests a new clinical mode of treatment in which the physically ill is helped to cope with actual motifs and thoughts related to Non-Illness.

Listening to Illness/Non-Illness motifs: A case of Fibromyalgia*

The model is based on four theoretical concepts: Duality, Contradiction, complementarity and Unity. This article presents the responses of a patient to therapeutic interventions utilizing Differentiation/Integration Work to draw the distinction between Illness and Non-Illness in the psychotherapeutic themes and attitudes of the physically ill &/or disabled.  The patient is stimulated to learn the language of change and how to overcome stuck situations.  The model suggests a new clinical mode of treatment in which the physically ill is  helped to cope with actual motifs and thoughts related to Non-Illness.

Some physically ill and disabled are intensely concerned about the negative impact of their conditions on their lives:  "My illness doesn't let me move on in ..";  "If  I weren't sick or disabled, I could do whatever I wanted .."; "If I were really well, I'd be free." These phrases are sometimes heard in the clinic. The patient reverts to the seriousness of his plight and lands in a "stuck" situation. If the therapeutic interaction does not go forward, the patient may lose interest in or even quit therapy, contributing to an impasse in the provision of care (Jaber, et al., 1997).

Whenever patients tie their "illness motif" to negative outcomes in life, I suggest that they also listen to another voice within themselves, which I call their "non-illness motif", which is about change. The addition of the "non-illness" voice enables patients to "differentiate" themselves from the "illness voice", which is usually perceived by physically ill patients as not possible to change. By contrast, the "non-illness voice" often includes a more hopeful viewpoint and helps patients loosen the bonds of their illness and in the process, reach a better balance in their lives, one that places less emphasis on illness and greater emphasis on non-illness experience (Navon, 1999, Navon, 2005).  In my therapy with ill patients and their families, I help patients differentiate "illness talk" from "non-illness talk," and ultimately reintegrate both forms of "talk" in a more constructive and  meaningful way. The following case is an example.

The case of Miriam[1]

Dr. A. described Miriam as a fibromyalgia syndrome patient (FMS), a widespread musculoskeletal pain and fatigue disorder with unclear causation. Fibromyalgia involves pain in the soft fibrous tissues of the body, such as the muscles, ligaments, and tendons. The diagnostic criteria for fibromyalgia includes up to 18 pain trigger points as well as poor sleep and/or sleep disorders, and mood disturbances, typically depression and/or anxiety.

Miriam was a 45 year-old woman from Tel Aviv, who was married and had two children (15 and 12). She worked part-time as a remedial reading therapist for children. During the intake process, Miriam complained on muscle and joint pains. She had 17 trigger points, was depressed, and suffered from fatigue, poor sleep and lack of energy. She felt "empty" and lacked what she called "a lust for life."

Miriam's "illness talk" was very clear and detailed. After two years of suffering from fibromyalgia she had become an expert in her disease. Nevertheless, Miriam was very pessimistic about the possibility of being cured.  She took anti-depressant drugs, did physical fitness exercises, and turned to Chinese medicine disciplines such as Shiatzu and Acupuncture.

Miriam was motivated to meet me and start psychotherapy.  I had twelve sessions with her. The early sessions focused on her illness, providing me an opportunity to establish rapport and join with her around her “illness language.” Subsequently, she talked about what her illness meant to her.  When she talked about a "non-illness" motif, I started to differentiate/integrate illness and non-illness motifs to help her “free” herself from the misery of illness and reach a better emotional state by placing less emphasis on illness and greater emphasis on more hopeful non-illness perspectives.

Miriam: "... sometimes I think that I am the cause of my fibromyalgia. I had brought it to myself, to my life".

SN:  "Is 'I am the cause of my fibromyalgia` and 'I had brought it to myself, to my life', as you said, related to fibromyalgia or to something that's not related to it?"

Here I start to differentiate Illness from Non-Illness.

Here Miriam is differentiating between her fibromyalgia and herself.

SN:  "... Which means that feelings, thoughts and beliefs haven't much to do with the medical aspects of Fibromyalgia...  wouldn’t you say so?"

I focus once more on illness/non-illness differentiation/integration work.

Miriam: "…Yes, indeed. fibromyalgia is treated by drugs and medical examinations. It is a medical illness. My inner thoughts and beliefs belong to me. They are not related to fibromyalgia."

Here I try to help the patient differentiate between her medical condition (=illness) and her psychological way of thinking and feeling (=non-illness).Miriam, now in her seventh session, became aware and attentive to her verbal expressions about what "belongs" to her fibromyalgia, which is a universal language of medicine, and what "belongs" to her thoughts, emotions, behaviors, and relationships, which is a subjective language. Miriam’s language helps her shift from the clinical-medical data of physical symptoms (Illness) to the subjective language of her own experience (Non-illness). Having become more subjective, Miriam is now able to focus on past relationships with her family-of-origin.

Miriam:  "I grew up with my two parents and my younger brother. My life as a child was difficult.  My parents worked hard... for long hours outside the house.   When I was twelve, my parents divorced. My father left our home. I stayed together with my brother and my mother. Then, my mother became sick.  I didn't   know too much about her illness.  No one talked to me about it - she had melanoma.  My aunt moved to our home to help my mother. I was considered to be too `sensitive' to treat and help my mother in her illness.  My mother died when I was 15.  After her death, I was very much depressed. I felt very much alone. I loved my mother so much and missed her.  I needed very much love and protection… I was never close to my father…I couldn't get TLC, tender loving care, from him..."

SN:  "Sadly, your mother's illness and death are facts… that can't be changed.   What can be done is to see whether you can make a change in your emotional, psychological `sensitivity', feelings of loneliness, and the fact that there was a 'TLC distance' between you and your father, wouldn't you say so?"

I continued to differentiate between a no-change event (=illness and death) and areas that can be changed: emotional feelings and "sensitivity" (=non-illness). Miriam preferred to listen to her inner voices of non-illness by searching for meaning and hope:

Miriam:   "For years I believed that if I am so ‘sensitive', I could not cope with              any physical suffering. I came to therapy to examine and ask myself whether  being `sensitive' belongs to the past when I was 15 year old teenager…Perhaps now it is the right time to re-examine this notion [being sensitive] and see if I  could now be more resilient and more capable to fight my fibromyalgia… to suffer, but survive!"

SN:  "Your ability to re-examine your `sensitivity' is a non-illness issue, which means that you can try and change this notion."

In the remaining sessions, Miriam continued to be concerned about her chronic medical condition:

"I can't stand it anymore:  either I’m well or I’m sick. I’ve been depressed ever since I became ill.”

In response to her “black and white” (well or sick) and global (ever since) emotional attitudes about her illness, I began to introduce greater variance or flexibility to her perspective:

SN: "... regarding your attitude to your illness: 'either-or' ...would you agree to say 'sometimes' instead of 'either-or'?  You also said, ‘I've been depressed ever since I became ill.’ Instead, you might consider saying, ‘sometimes I'm depressed but then at other times I'm not’ Or, I'm not always depressed..."

Miriam:  "Yes. Sometimes there were some situations at home that I was not  considered being 'too sensitive' to cope with…|"

Only when Miriam was able to change her rigid perceptions and reflections concerning her fibromyalgia did she become more competent to see herself more resilient and much more psychologically balanced.

In the end, Miriam reached a better emotional status and established greater psychological control of her life. Throughout therapy, talking about her fibromyalgia gradually was replaced by non-illness themes such as emotions, losses, self-esteem, positive motivation, etc. Miriam felt that she became more energetic and more satisfied with her quality of her life.

I learned an important lesson from Miriam and other similar cases in medical family therapy: subjectivity is critical to effective psychotherapy. The meaning of illness is transformed from a medical entity into a subjective one, based on the language used by the patient to describe it. The words of the patient transform the story of the medical symptom, which is expressed in clinical-medical terms (illness), into a subjective story (non-illness) that is expressed in the everyday language of a particular patient. This non-illness, subjective symptom creates a shift which might lead to a desired change by means of psychotherapy.

Finally, the treatment of Miriam inspired in me considerable optimism, that even in

As a therapist, I never forget that non-illness themes restore mastery and control to patients' lives.

Dael Waxman (2005), a family physician,  wrote a commentary on the present article, which discusses how physicians, by employing the diagnostic perspective of biomedicine, can inadvertently cocreate the illness motif and contribute to mutually reducing patients to a diagnostic label. Integrating non-illness conversation into the medical encounter can disentangle the introjected medical language from the person and lead to a shift in patients’ perceptions about their illness.

* This paper originally appeared in:

physically ill patients and their families. The American Journal of Family Therapy

physically ill patients and their families. The American Journal of Family Therapy, 33,

[1] The name has been changed to protect patient confidentiality